Your Neighborhood School in Camden

Molina Upper is a neighborhood elementary school serving 400 students and their families in grades 3-8. We are in the top ten schools in Camden for both math and English Language Arts proficiency (grades 3-8).

One of the things our students enjoy most is our brand new gym where they have PE classes, play sports and do other extracurricular activities. Students get free breakfast and lunch. We also have an aftercare program.

Our students have the opportunity to automatically attend Mastery High School of Camden, giving them a full K-12 Mastery experience.

At Molina Upper, we believe all of our students have greatness within. With love and high expectations, we support them in finding their own paths to success.

We offer free aftercare and a variety of after-school activities and clubs, including: 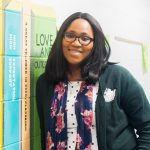 Rickia Reid has served as the principal of Mastery Molina Upper Elementary School since 2015. In her first year as principal, the school doubled proficiency rates in Math and English Language Arts on the Partnership for Assessment of Readiness for College and Careers (PARCC) exam. Each year since, Mastery Molina has increased its number of students scoring proficient on the PARCC English Language Arts exam.

She has been an educator since 2002 and is a recipient of the Philadelphia 76ers Game Changer Award for leaders who mentor the next generation of innovators.

"I just love the communication between the parents and the teachers and the school."
-Yonita Martin, Mastery Parent